Are You There, George?

Several actors have played God. They include Charlton Heston (1990), Alanis Morissette (1999), Morgan Freeman (2003). Charlton Heston had some previous experience having played Moses and John the Baptist. 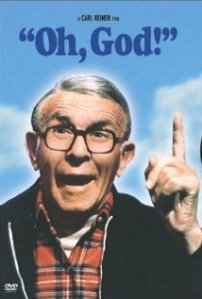 There are lots of people who believe in God, and you may be one, but think about it, you keep it quiet, don’t you? Faith is not in these days.

In my younger years I said I was agnostic. Then I adopted the popular “spiritual but not religious.” That left my options open. I pray when I am scared, blame God when things go wrong, and in general, have this take it or leave it attitude about my relationship with God. In a sense, I think I’m too cool to need a God. I’ve spent most of my life wanting there to be a God when it’s convenient?

If I were God, that would make me grumpy as hell.

I’ve been reading a book about some of the great discoveries of science over the ages. Some really smart people believed in God. They include Johannes Kepler, Isaac Newton, and Albert Einstein. A lot of scientists thought (when it was okay to say such things) that they were looking for God’s truth.

Kepler wrote in 1595, “I wanted to become a theologian. For a long time, I was restless. Now, however, behold how, though my effort, God is being celebrated in astronomy.”

Some say they are looking for God. You can’t find God at Starbucks, or on Twitter. I’ve never gotten a text message from God. God definitely does not have a Facebook page.

Maybe it’s just that I am nearly sixty-five, the last third of life. I’ve stumbled onto a truth. Life is hard, damned hard, and relationships are even harder than that.

Some people say there can’t be a God because so many things in life go wrong. Have you ever thought about the things that should have gone wrong, were screaming to go wrong, but somehow they didn’t?

So, Charlton, Morgan, Alanis, and George, I’m grateful that you’re there. This world would suck so badly if you weren’t.

If you can’t believe in God, find something greater than yourself to believe in. Few people can get through life with any inner peace without it.

I am a mental health counselor in private practice. One of the focuses of my practice is helping people with fear, anxiety and their ugly stepsister, depression. I became a counselor after a long career in the technology world, so naturally, I think of the brain as an engineering problem. It can help to understand something about how the brain works. I decided to start this blog as a way to help other people learn about fear, anxiety and relationship. (All our problems are really about relationships.) You can also find me at: www.virtuallyfearless.com www.PsychologyToday.com www.theravive.com http://www.marriagefriendlytherapists.com/
View all posts by almondhead →
This entry was posted in Less Than Helpful Advice and tagged anxiety, Anxiety Help, Belief, depression, faith, faith in God, Fear, George Burns, happiness, Hope, how not to worry, Kepler, managing anxiety, Self Compassion, worry less. Bookmark the permalink.
Storiform.com

“Everyone who is seriously involved in the pursuit of science becomes convinced that some spirit is manifest in the laws of the universe, one that is vastly superior to that of man.” - Albert Einstein

Almond In Your Head

“Life is either a daring adventure or nothing at all.” - Helen Keller

Seven Tools for Unleashing Your Creative Self and Transforming Your Life

Messy musings of a journey through life . . .